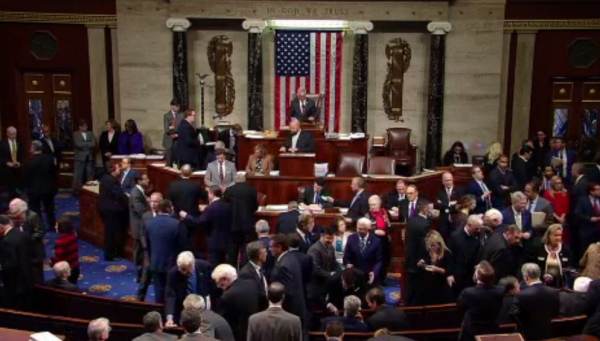 Protesters got a little carried away Tuesday as Republicans voted to lower taxes and fulfill one of President Trump’s primary campaign promises.

Politico reporter Anna Palmer tweeted about the action on the House floor.

House protesters gone wild: woman takes her top off in the gallery of the House protesting tax vote.

“House protesters gone wild: woman takes her top off in the gallery of the House protesting tax vote,” she wrote.

There were other shenanigans, as well.

Chants of “kill the bill, don’t kill us” filled the chamber as lawmakers spoke on the floor.

A woman in a wheelchair was also escorted out as she shouted about how she relies on Medicaid and said “you starve America with this bill.”