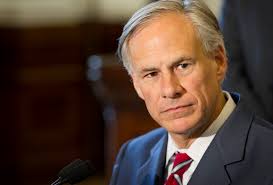 In October 2016, a Texas woman sent packages laden with explosives to Governor Greg Abbott, President Barack Obama, and Commissioner of the Social Security Administration Carolyn Colvin. The only reason Abbott was not either severely burned or killed was that he did not open the package as designed.

According to court documents, Julia Poff, 46, was reportedly angry at Abbott because she had not received support from her ex-husband. The package to Obama was detected in screening and rendered safe. The package to Colvin was reportedly motivated by the fact that Poff had applied for Social Security benefits and been denied.

Poff tried to learn the identity of witnesses talking to the FBI and the grand jury, asking her friends not to talk to the FBI. She had been fired from her job at a law firm because she had stolen money from a client.

The court documents stated Poff had been evicted seven times for non-payment of rent, leaving the premises in disrepair with actions including pouring concrete in drains, stuffing potatoes in toilets, and dogs locked in for a week left to defecate and urinate.

The court said that because the evidence against Poff was so strong, it enhanced the risk of Poff fleeing; it also said she represented a safety risk to the community.

Poff was charged last week with Injurious Articles as Nonmailable and Transportation of Explosives with the Intent to Kill and Injure.