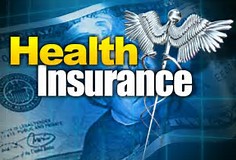 WASHINGTON (AP) — A senior House Republican on Thursday called for immediate action to stabilize shaky health insurance markets around the country, amid concerns that the GOP could get blamed for rising premiums and dwindling choice next year.

House Ways and Means Committee Chairman Kevin Brady, R-Texas, said the government should keep paying billions of dollars in “cost-sharing” subsidies that help low-income people with deductibles and copayments. The $7 billion is under a cloud because of mixed signals from the Trump administration and a lawsuit originally filed by House Republicans.

“We should act within our constitutional authority now to temporarily and legally fund (subsidy) payments as we move away from Obamacare,” Brady said at a budget hearing. He and his GOP colleagues are trying to roll back President Barack Obama’s signature law that provided the financial assistance in the first place.

“Insurers have made clear the lack of certainty is causing 2018 proposed premiums to rise significantly,” added Brady. That’s also a midterm election year, in which every seat in the Republican-controlled House and 33 seats in the GOP-controlled Senate are on the ballot.

Among those insurers is BlueCross Blue Shield of North Carolina, which recently requested a nearly 23 percent increase in average premiums next year. The company said its increase for 2018 would have been much less — about 9 percent — if it had a guarantee that the government would continue to make full subsidy payments.

Others have cited uncertainty as reason to exit markets like HealthCare.gov, which serve about 12 million people. This week insurer Anthem said the problem was part of the reason it will leave the Ohio market. CEO Joseph Swedish has said premiums could rise 20 percent or more without the cost-sharing payments.

President Donald Trump asserts that the Affordable Care Act is collapsing, and he’s repeatedly threatened to halt subsidy payments to force Democrats to negotiate on health care legislation. A House-passed bill that rolls back much of the ACA is now before the Senate, where it faces uncertain prospects due to fears that millions would be left uninsured.

Testifying on Capitol Hill about the budget, Health and Human Services Secretary Tom Price tried to reassure lawmakers that the administration will not make any sudden moves. But he stopped short of offering a guarantee that subsidy payments would continue.

“I’m limited in what I can say,” Price explained, citing the still-pending lawsuit.

Price told lawmakers that Trump’s budget reflects continued payment of the subsidies for the next two years. A White House spokesman would not comment. Lawmakers on Ways and Means and the Senate Finance Committee repeatedly asked about the issue at two congressional hearings in which Price testified on the budget.

Brady, who issued Thursday’s call to action, is one of the main authors of the House GOP health care bill. He sees a temporary extension of subsidies as a duty of Republican lawmakers toward consumers “trapped” in what he calls “a poorly designed, government-run marketplace.” Democrats hotly dispute that characterization, saying that the ACA needs fixes, not a tear-down.

An aide said Brady believes Congress, and not the administration, has the constitutional authority to resolve the issue.

House Republicans sued the Obama administration over the payments, claiming that the ACA as written lacked explicit congressional authorization. The Obama administration called that a misreading of the law. But a U.S. district court judge agreed with the GOP complaint, and the case — under appeal — remains unresolved.

(First reported by AP News and retrieved from Townhall)https://townhall.com/news/politics-elections/2017/06/08/top-republican-seeks-action-now-to-steady-insurance-markets-n2338401   (June 8, 2017)