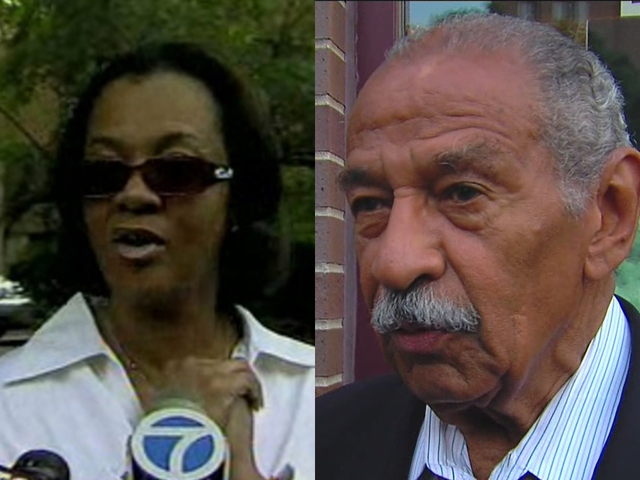 On Wednesday, wife of embattled U.S. Representative John Conyers, Monica Conyers, chided the media for coming to her home, accusing the journalists of only “stalking” black people’s homes.

Congressman Conyers has been accused of sexual harassment by multiple women and has been under pressure to resign. The Democrat apparently settled a complaint in 2015 with an unnamed woman who alleged she was fired by Conyers when she refused to reciprocate his sexual advances. According to BuzzFeed, his office allegedly paid out $27,000 in a confidential settlement.

Earlier in the day, Conyers’ son, John Conyers III, told the media it was “very unfortunate to see [his father] fight so long for so many people and to automatically have the allegations assumed to be true.” Conyers’s wife was less conciliatory when confronted, if that’s possible.

“I’ll make a comment when you all disclose to me who has made the allegations,” Monica told reporters as she was leaving the family home, on Wednesday morning.

That’s when Monica appeared to accuse the media of racism.

“Go to his office, that’s where he’s a public figure. When he’s here, we’re a family. We’re a home,” she said.

“Do you go and stalk white people’s houses?” she asked. “Do you just come to the black neighborhoods and stalk our houses?”

Additionally, in 2006, the then-councilwoman got into a bar fight with another woman at a lawyer friend’s birthday party. According to NBC News, “The lawyer’s date, Rebecca Mews, appeared on television with a black eye and claimed Conyers threw the first punch. Conyers claimed Mews shoved her and she defended herself.” No charges were filed against Monica.

John Conyers settled charges of sexually harassing staffers during the time his wife was in prison for taking bribes on the Detroit City Council.