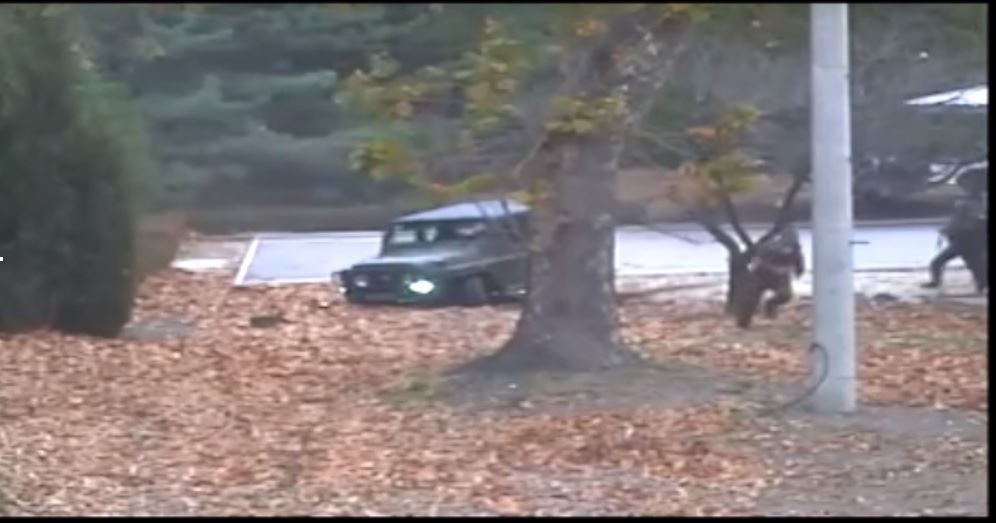 On November 13, a North Korean soldier hopped in a jeep-like vehicle and drove across the truce line in Panmunjom to defect to South Korea. The man was shot several times and remains hospitalized though he appears to be recovering, operative word is appears because sudden and fatal turns for the worse are not unusual after suffering this kind of trauma. Yesterday, US Forces Korea, the major US command in South Korea, released the video. 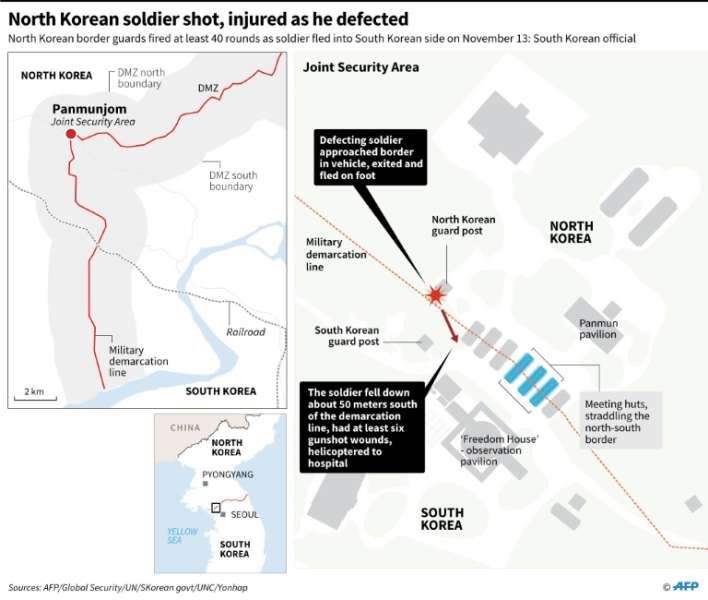 The United Nations Command released some terrifying video of a soldier escaping North Korea under heavy gunfire https://t.co/vKKrqbeAth — via @choibboy

An interesting sidelight to this story are a couple of blatant, caught-on-video, violations of the 1953 armistice. North Korean troops crossed into South Korea in pursuit of the defector. And North Korean troops are caught possessing weapons other than sidearms inside the Joint Security Area. The latter is simple a public validation of one of the worst kept secrets of Panmunjom, which is both sides are armed to the teeth but just can’t show it. So in addition to the humiliation of a soldier from a trusted and elite unit steal a vehicle and drive to freedom, the North Koreans had the additional embarrassment of being caught on video violating the 1953 armistice line.

Here is the video with highlights.

Start. Defector driving towards the 72-hour Bridge.
2:26. Initial North Korean response.
2:51. North Korean soldier crossed the demarcation line in pursuit.
3:02. Defector’s jeep gets stuck. He bails out and is shot by North Koreans.
3:28. North Koreans muster in force.
4:58. ROK troops in the Joint Security Area crawl out to retrieve wounded defector. (They let the guy lay there for 40 minutes until they could retrieve him under cover of darkness.)