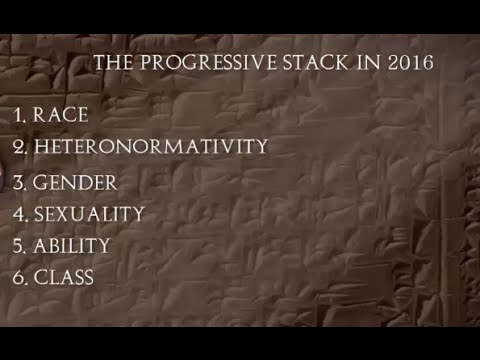 ‘Progressive stacking’ not new, not isolated to Penn

The backlash may be new, but the method is not.

Controversy erupted recently after tweets from an Ivy League teaching assistant showed her admitting she only calls on white male students as a last resort.

“I will always call on my black women students first. Other [people of color] get second tier priority. [White women] come next. And, if I have to, white men,” University of Pennsylvania teaching assistant Stephanie McKellop tweeted in October.

McKellop’s tweets spotlight a method known as the “progressive stack” in which speaking priority is given to minority voices while those deemed as having privilege must wait their turn.

McKellop’s comments ignited a firestorm over the controversial teaching method and prompted her university to look into the situation, but a College Fix review of online documentation shows McKellop is far from the first instructor to employ the “progressive stack” in the classroom.

Use of the progressive stack, which is lauded by advocates as amplifying oppressed voices and criticized by others as discriminatory, has been used in college classrooms for years, and has roots in liberal activism.

The College Fix review found several instances in which scholars have engaged in the practice. Additionally, a sociology professor told Inside Higher Ed progressive stacking dates back at least a couple decades.

In an email to The College Fix, University of New Mexico psychology professor Geoffrey Miller denounced the “progressive stack” method and said it will further alienate universities from their stakeholders.

“It’s obvious that universities feel deeply embarrassed when whistle-blowers publicize that progressive stacking is being used in their classrooms; they know that parents, alumni, legislators, and taxpayers can see how discriminatory it is, and will withdraw financial support if it continues,” Miller said.

The method has been met with resistance by students as well. It drew complaints in one college course because students felt it “silenced straight white male students on the basis of their identities,” according to an article published by the course’s instructors.

According to the conservative website Legal Insurrection, the tactic traces back at least to the well-known Occupy Wall Street demonstrations.

“It has been a core part of progressive and academic organizing at least since the Occupy Wall Street protests of 2011,” the website states.

A 2011 article from the liberal magazine The Nation highlighted how Occupy Wall Street protesters used progressive stacking as a means to allow those from “traditionally marginalized groups” to speak at events.

“In other words: women and minorities get to go to the front of the line,” the article explains.

The use of the “progressive stack” in Occupy Wall Street appears to have fueled its use on campus in a few of the cases identified by The Fix.

In a 2014 essay published online, then-UC Berkeley Ph.D candidate Genevieve Painter explained how the Occupy Wall Street movement taught her “how to occupy my own classroom” and explains how she and her colleagues “brought techniques from the movement” into a course.

One of those techniques included the “progressive stack” method, which Painter mentions was used by a professor she assisted in a legal theory course to moderate discussion. Painter inferred that white male students were actually called on first since they were a minority in the class.

“Afterwards, we discussed how students felt – particularly given that, in a classroom populated largely by women, the progressive stack entailed giving speaking priority to the white men in the room,” she wrote.

Painter did not respond to a request seeking comment.

In a 2013 article published in the journal “Radical Teacher,” a cohort of instructors who taught an “Occupy Wall Street-inspired” course admit to using the progressive stack in the class.

In their article, the professors explain they moderated discussion in their “#occupyyoureducation” course by “calling on those who had not spoken (or rarely spoke), women, queer-identified students, and students of color before we called on regular talkers, white, straight, and/or male students.”

However, the method was met with criticism from some students who complained progressive stacking muzzled white men in the class. In their article, the instructors said the complaints led to a meeting with their department chair and that they “took this opportunity to clear up some misconceptions about the class.”

Two of the course’s instructors, who now teach at different universities, did not respond to emails from The College Fix regarding their use of the progressive stack method.

In 2015, Saint Mary’s University professor Jody Haiven said at a panel discussion on misogyny that women should be allowed to speak first in public settings. Haiven, a management professor, said she practiced the technique in her own teaching, according to a news article.

“[[n] the management department, women get to speak first. I think that that is a primary issue that we actually have to look at, how to do question and answer [periods]. And we can start today,” she said.

When probed about whether that tactic could lead to sexism against men, Haiven reportedly said “yes, I suppose at some point that could happen.”

Haiven did not respond to a request seeking comment.

The “progressive stack” method was also used at a 2014 conference on “Transnational Feminisms” that was hosted for scholars at Ohio State University.

“Since some people feel more comfortable than others in settings like these, we ask facilitators to keep a ‘progressive stack’ of speakers, asking those who have already spoken in the session to wait until all others have spoken once before speaking again,” the conference’s welcome packet states.

The packet asks “all participants to privilege the voices of those who might easily be
marginalized in academic conversations in the [U.S.].” It goes on to list students, foreigners, non-native English speakers, junior faculty members and the disabled as those who fall under that category.

In a series of tweets, Goldberg said the progressive stack is an “established method of facilitating discussion.”

“It’s based on the social fact that in conversation, people who signify as being of marginalized identities are talked over constantly,” he said.

Goldberg added that “the method is flawed” but refuted accusations it’s discriminatory.

Yet other scholars disagree.

“Most academics strive to maintain an environment where everyone can speak as opposed to stack participation to address social patterns or bias. Each student must be treated equally — not de-prioritized due to his association with a racial or gender group,” writes famed law professor Jonathan Turley. “While there are an array of social ills outside of the classroom, we maintain an equality of thought and status as a basic component of high education. Moreover, our students come to our schools to be treated equally — not to find themselves the ongoing social experiment of people like McKellop.”