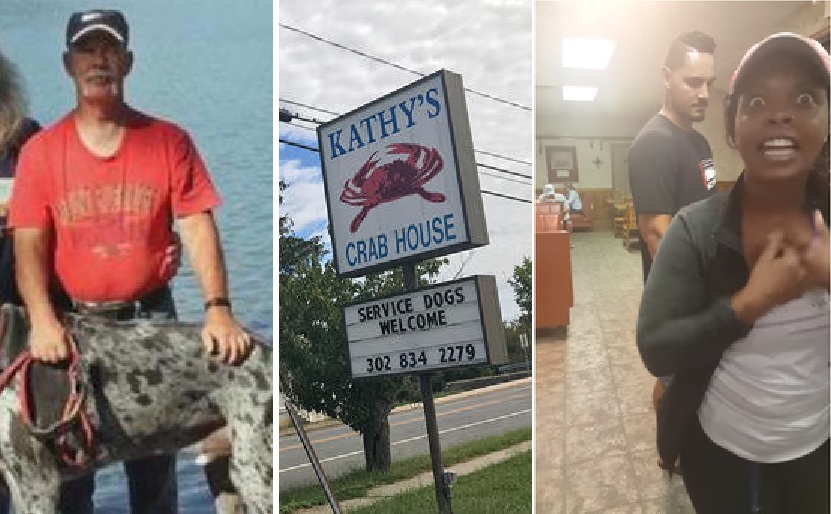 Ciara Miller, the woman who’s ugly rant over the presence of a “nasty” veteran’s service dog at a restaurant went viral, now blames “racial slurs” for the reason she became so unhinged and says she stands by what she did.

Miller has posted a video obtained by TMZ (below) in which she explains what she claims really happened leading up to the viral tirade. According to Miller, before her recorded meltdown at Kathy’s Crab House in Delaware, a woman approached her while she was leaving and allegedly called her the n-word. Miller claims that other customers also joined in with “racial slurs.” She goes on to defend her response, saying she believes she handled the situation the best way she possibly could.

Miller admitted to TMZ that she had been disgusted by the dog and left the restaurant because of it, but she told the site that she has family members with PTSD and thus appreciates the need for service dogs.

While Miller claims to have been triggered by “racial slurs,” she never once mentions anything about any racist comment during her tirade. In fact, she even at one point during the “nasty” rant appears to have an exchange with the woman she claimed called her the n-word. The woman notes that she approached her politely; Miller never once says anything about a racial slur being leveled at her. Instead, she calls the woman a “whore” and “b*tch.”

TMZ makes the same note about Miller never referencing in any way racism during the 3-minute tirade:

In the video which went viral after Kathy’s owner posted it online — Ciara argues with several patrons about the service dog, but doesn’t seem to refer to any racist comments.