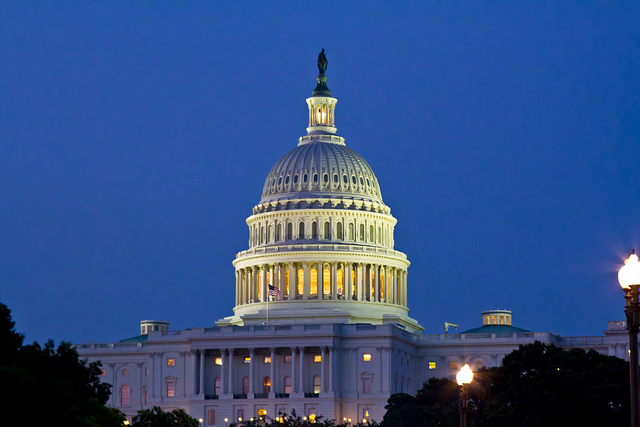 Lawmakers on Capitol Hill are so predatory that female staffers are advised not to ride in elevators alone with them, according to accounts compiled by CNN.

Females are also admonished to be careful of male lawmakers who sleep in their offices — another “unwritten” rule that women on Capitol Hill live by, according to the outlet.

The outlet spoke to more than 50 lawmakers, current and former staffers, and other political veterans, who revealed a culture so rife with sexual harassment that there is an informal “creep list” of lawmakers to avoid.

The allegations come after dozens of high-powered Hollywood figures like Harvey Weinstein, Kevin Spacey, Louis C.K., and political journalists have been outed as rapists, predators, and perverts who have subjected men and women to sexual assault for decades.

The story noted: “On Capitol Hill, it’s not clear that a similar a day of reckoning is soon coming to one of the country’s most important institutions.”

“Multiple women” told CNN that elevators on Capitol Hill are a place where “staff and members prey on women.” One former staffer remembers a senator — who is still in office — stroking the inside of her palm in a suggestive way, when she was introduced to him by her male boss, another senator.

The “creep list” of male lawmakers — mostly in the House of Representatives but also in the Senate — are “notorious for inappropriate or predatory behavior,” according to the story. A female congresswoman said “half are harassers,” of her male counterparts, before quickly adding, only “some are harassers.”

Some told CNN there are women who will reciprocate the sexual advances in order to advance their careers.

Another female congresswoman told CNN that she has been sexually harassed by her male colleagues “numerous times,” but saw little upside to speaking out.

“I need these guys’ votes,” she said. “In this body, you may be an enemy one day and a close ally the next when accomplishing something. … So women will be very cautious about saying anything negative about any of their colleagues.”

“Is that depressing? I think it’s reality,” she said.
The harassment has prompted recent efforts in Congress to address the problem.

Sen. Kirsten Gillibrand (D-NY), who has for years been active in highlighting sexual assault in the military and on college campuses, has now turned her attention to the environment around her, and is working on a bill to improve the complaint process for victims.

A spokeswoman for Rep. Jackie Speier (D-CA) said 80 percent of people who have come to their office with stories of sexual misconduct in the last few weeks have chosen not to report the incidents.